Introduction: I tried ayahuasca 3 times so far, oh wait, what is ayahuasca? it’s a hallucinogenic plant from South America, ok done, yes I tried it 3 times one at a formal-ish ceremony in Iquitos and twice on my own, in my room, with the lights off and music I enjoy, once in Leticia and then in Bogota, Colombia. This post is about the things I learned, how they changed me and how the changed my perspective on myself and the world. 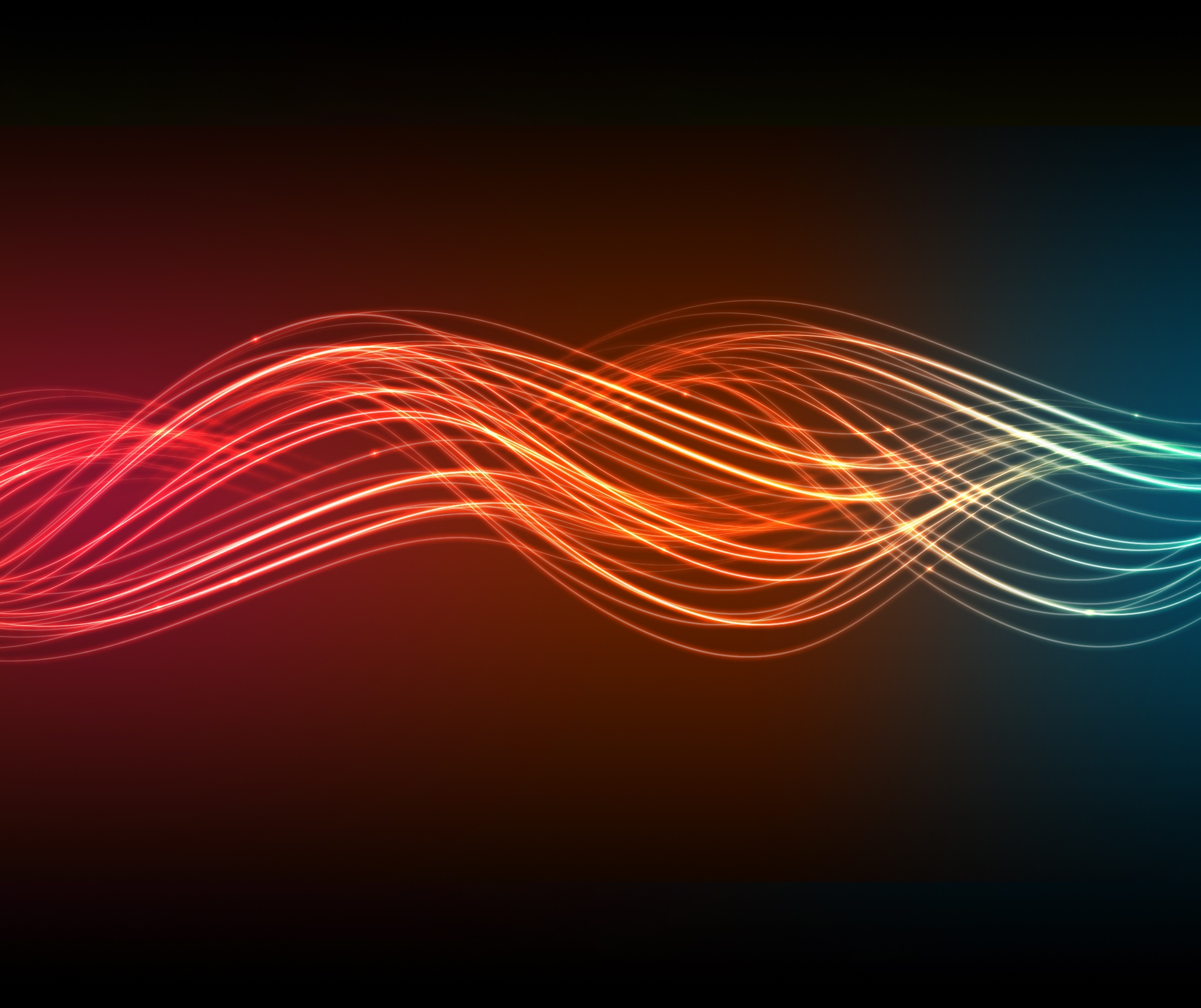 My experiences with ayahuasca are supposed to convey feelings more than facts, for facts you can refer to the previous post where I went over the logistics, finance, and practicalities involved in taking part in an ayahuasca ceremony in Iquitos, Peru. This time is all about how I felt and what I discovered while under the influence. If I wanted to convey facts I could have just made a list.
This is an extremely self-centered post but that’s ok because the name of the blog is ‘Bruno’s public diary’, so this is the kind of things people were expecting to read anyway.

I didn’t have the chance to experience any of the crazy hallucinations you read about online when working with the plant, what I achieved was a sort of spiritual state in the one I was able to see the world for what it is, leaving aside all the judging involved with being a human who has been biased and influenced by a million variables throughout his life. 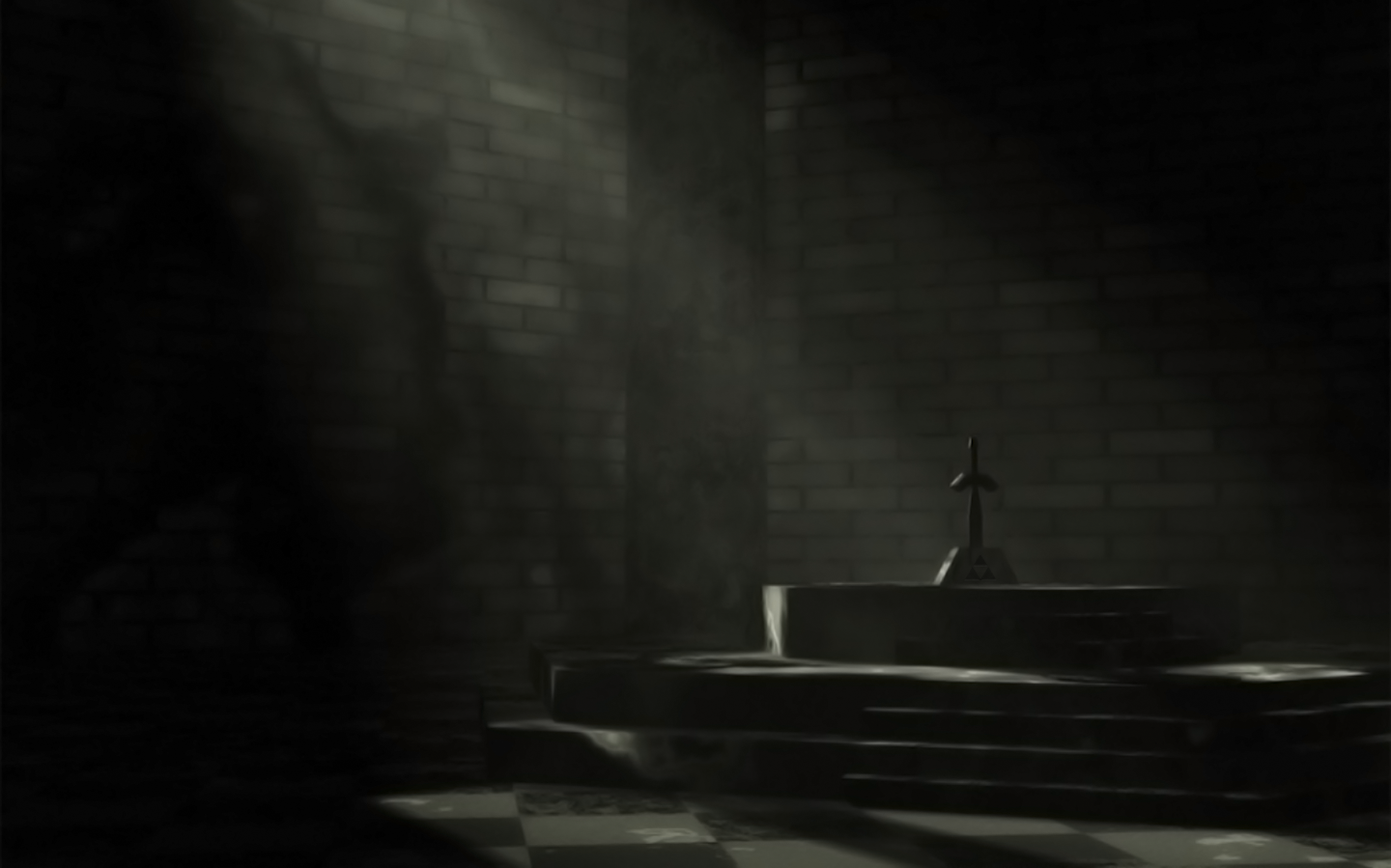 Myself: Ayahuasca learned me, sorry taught me many things about myself and opened the door to understanding and accepting myself better. I know I’m good, young, free, handsome, smart, healthy and so on I also know that superficial qualities are totally unimportant to me because what I really want is someone to tell me they like how I think, that they understand me and that what I say makes sense, and that I’m not crazy but it’s the world around me that is. And that they understand all the ways I attempt to fix stuff but the world is not ready for them yet so I better focus on fixing my own life instead. I said that to myself because I won’t find someone to tell me all the things I need because people can’t read my mind.
I know I’m lazy and disorganized but I also know I’m brilliant and could accomplish great things if I only put a little effort into it. I understand I just need to find my thing, something I am interested in so that I will feel it’s worth the effort and time to work on it.
I understood how to nurture my strengths and work on my shortcomings and I will put them in writing to understand them better and also because putting my thoughts in writing is one of my strengths.
Creativity, flexibility and out of the box thinking are the 3 key strengths I recognize in myself, others are introspection, respon…oh wait, no that’s not what it’s about it’s all about self-development!

Yes, that’s what I had been doing the last few years, trying to improve myself, and gotten quite far with it. I already got rid of the greed and cravings, I live a simple life, have only two pairs of clothes and a simple vegetarian food and I don’t crave for experiences anymore, wherever I am is good enough. I got rid of the ego and the envy and do the best I can with my life without worrying about what others may think or say. I got rid of the resentment, I get along with everyone and hold grudges against no one. I have no enemies or anyone I dislike and no one that dislikes me in my life. I accepted the fact that I will die, I accepted myself like I am. I don’t criticize people or try to control them or seek validation from them. Yes, I’ve come a long way from where I started and even though there’s still a long way to go, this is good enough for now. 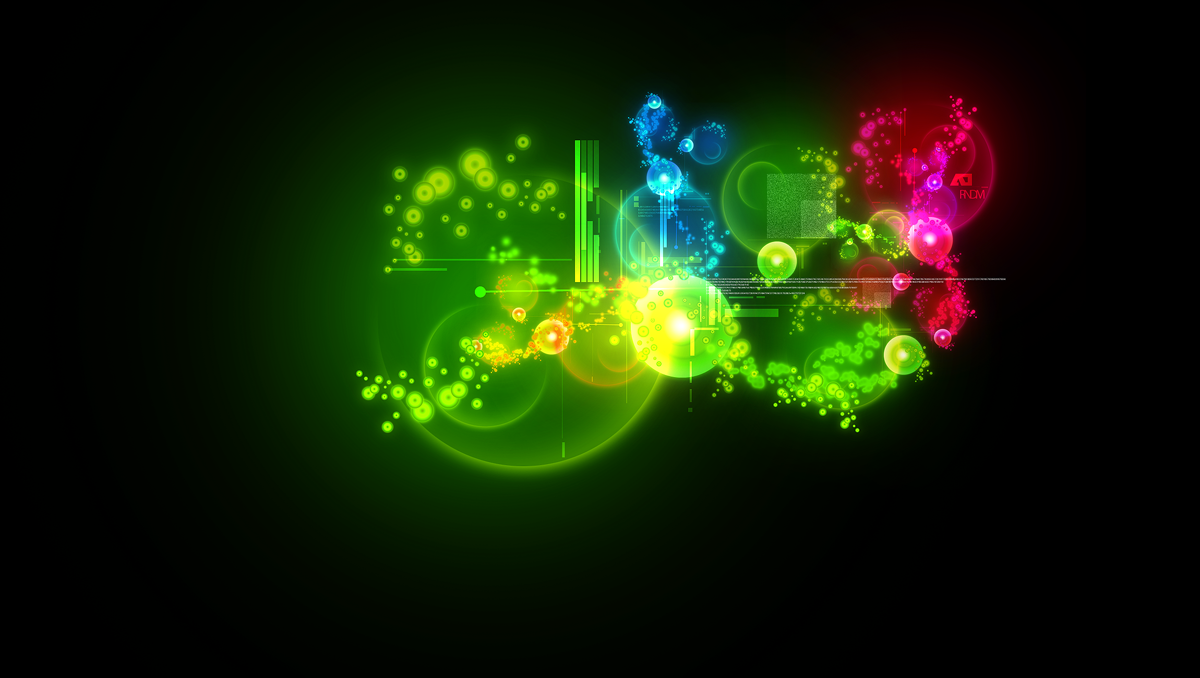 People: Ayahuasca taught me that people are good, everywhere, ok maybe not everywhere but everywhere we’ve been to so far. We’ve been traveling in South America for about 18 months now and nothing bad ever happened to us, We didn’t get robbed, kidnapped, murdered or anything. People always think South America is oh so dangerous, but for us, it wasn’t. And yes every traveler was right Colombia is, in fact, the best country so far. People are lovely and everything else.
As for my personal relationships, I’ve got about 5 people who really care about me, and a few hundred more people that even though we don’t keep in touch I know they are there for me, there somewhere in the world.
I know people love me and care about me and I know we are connected because that’s what ayahuasca does, it helps you understand that the others are you and you are them because we are all connected in one way or another and that’s beautiful. 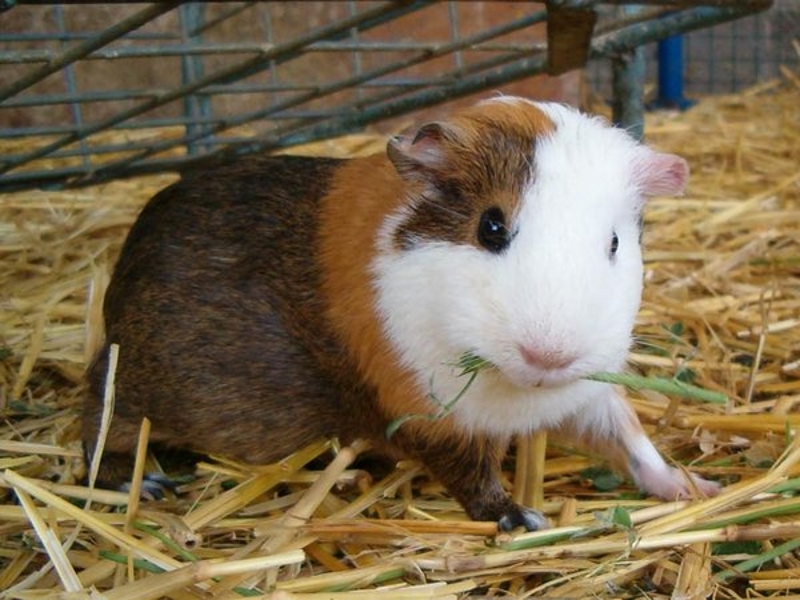 The world: Some bad things happen in the world, I understand that much and can’t pretend I don’t. But I also understand each one of us lives in our own world and we choose to focus on what we want or what we need to focus on. Some focus on the good and some of the bad, some do good and some do bad. Myself included, I live in my own world, my own personal reality that I have built just for myself. Yes I know there are probably wars somewhere in the world, but I’ve never been to one, I know there are corrupt, incompetent politicians but I’m not a part of that world either, I’m 32 and never voted in my life, not even once, because I don’t want to choose the less incompetent one, if I ever find myself in a position to make a change like lets say if I could vote for someone like Bernie Sanders I would, but until then it’s better to keep me out of that world. I know there are religions and people believe many crazy things and sometimes they fight because of their beliefs but that’s also not a world I’m part of, and I know there is a country next to Colombia called Venezuela where people are starving and killing each other but for the moment I don’t have a chance to positively influence the situation, maybe someday I will be a billionaire or politician or a public figure with the power to influence events around me but until that happens the best I can do is not carrying the weight of the world problems on my back and stop feeling like I have a responsibility to be good and do good and save the world, because I really don’t, people will die anyway and I will die anyway, life is just a ride, there are wars because people go to wars not because I’m not there to stop them from going to wars, they are not my responsibility so they can continue to kill each other or do whatever they need to do to be happy or not to be happy and I will do the same because we all choose our own life and our own actions, thoughts, and reality. 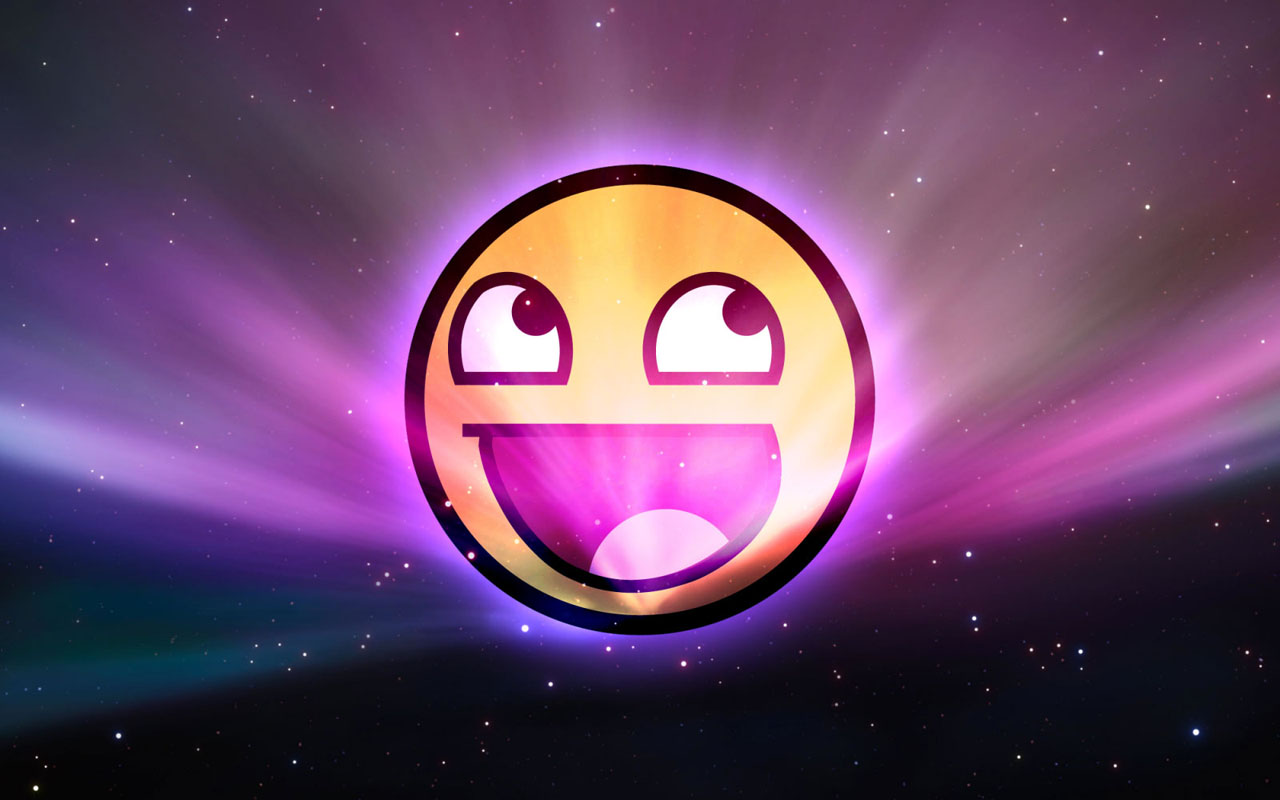 Money: Yes, I’m poor and that’s ok because it helps me focus on what’s important. If I were blinded by greed I wouldn’t be able to understand myself and the universe because I would be too busy. By having just my bare needs covered I can use my time to focus on what’s important to me. Ayahuasca taught me it’s ok not to have money, it taught me everything’s ok no matter what. As long as we’re alive everything’s ok. What’s the worse thing that could happen without money, being homeless? Bong Gu and I are no strangers to that, in 2016 alone we slept at least half of the nights outdoors, we have a bivy sac, a camping mat, a sleeping bag, we know how to find food. We don’t need money really, all we need is each other.

Writing: Yes, I’m a writer and that’s scary. And it’s ok that it’s scary, being scared makes you grow. It means getting out of your comfort zone, it means being vulnerable, it means putting yourself out there for everyone to know what’s inside you. It’s also ok that I have 10 unfinished books that would probably never be finished because anything I do or write is only second best to what I could have done and that’s part of having an INTP personality.
I know I start many projects and then abandon them when I get bored because I solved the tricky part and that’s also what it means being an INTP, it means getting bored, second-guessing yourself and then deleting the whole thing and starting again because it’s not as good as it could have been. But on the positive side, I know that an average work I produce is already above average for other people’s standards and a ‘good enough’ work of fiction is better than what most people could produce because an INTP standards when it comes to creativity are the highest of all. Of course, my books are boring for me because I’ve read them a thousand times already and went over every bit of it thinking how could it be improved and it never seems to be good enough. That’s what it means being an INTP writer, feeling insecure about our work more than any other personality type does, it means producing mediocre work that others consider very good and producing good enough work that others would consider brilliant but they will be always second best to what they could have been had we found a way of not to getting bored and put our everything into them like if it was a new project we just started. 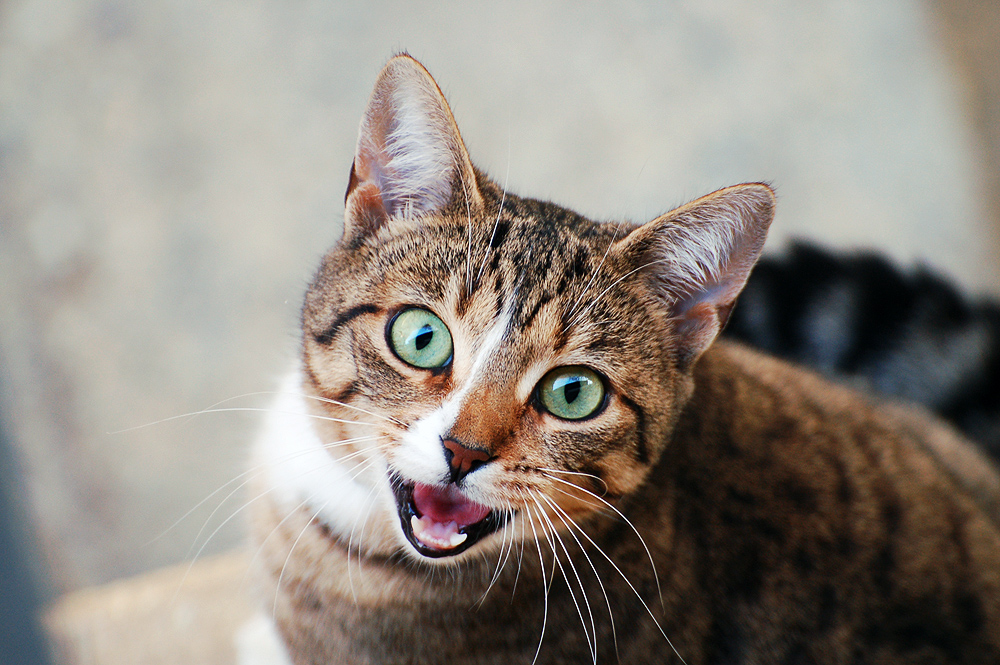 Life: What is life about? It’s about Doing what you want or what you have to do but mostly life is about freedom. It’s about laying in the grass alongside my dog watching the clouds pass by. It’s about going to an airport, bus or train station and buying the next ticket anywhere because that’s what it needs to be done. It’s about pouring your thoughts into your public diary, unedited, raw, uncensored so that everyone can read them, it’s about not being afraid of what others would think of you. It’s about drinking in the morning to boost creativity and productivity. It’s about cocktails in the park or on the beach. It’s about meeting people you know you will never meet again and you won’t even remember their names tomorrow. It’s about packing your things and leaving without thinking it twice. It’s about taking a bus to the outskirts of town and hitchhiking anywhere without a deadline or destination in mind, it’s about sleeping outdoors to keep it real. It’s about early morning, adrenaline rush, sleepless nights, serotonin, oxytocin, it’s all about feeling good, it’s all about chemicals in the end. Life Is about having a good time, life is not about paying bills until you die, there is more than that. Life is not about worrying it should be a vacation, not a struggle, it should be about doing what you love and what makes you happy. Or maybe that’s not what life is about, but that’s what is about for me.