Friend: I feel terrible, just had an argument with my parents.


Bruno: Why? What happened?


Friend: Well, I want to go on a holiday, but they don’t want me to go. What do you think I should do?


Bruno: Mmm.. that sounds like a typical first world problem. And the solution is usually the same, just brush it off.


Friend: What do you mean “first world problem”?


Bruno: Well, you know I have a friend, an English teacher here in Korea, and she told me that before coming here she was volunteering in Uganda, helping people with AIDS, and those people would die, because they didn’t have access to the medicines, sometimes they were some medicines somewhere, but they were just too far away, and the transport costs too much for them, so they can’t make it to the city, and they just die.

Sometimes they have to trek for long hours, just to bring some water to their family and on the way they may get eaten by a lion if they were lucky enough not to encounter some bandits or soldiers that will rape them and kill them, or make them slaves.

You see, in Korea, same as the country you are right now, we don’t have AIDS, we don’t need to struggle to find food or water, we have no malaria, famine, plagues, drought, we have no dictator and no mass massacres, to put it simply we have no real problems.

So we have to make some up, for example I would worry about the corruption in our government and about the high-income inequality, you would feel bad because your parents don’t want you to go on vacations, someone else will worry because their iPhone broke, they can’t find a boyfriend, the weather is too cold or whatever.


Friend: Why do we do that?


Bruno: As with most things, there’s no just one reason or one person to blame for it, it depends on a million different variables, a million different “if”‘s. But maybe the simplest of reasons is that we’ve always done it and we don’t bother changing it because change scares us.


You know, there’s a documentary I really enjoyed about stress, basically, they observe and study some distant cousins of ours, a tribe of baboons in the wild, their hierarchies, social status and relate it to the level of stress in their blood.


It turned out that the average baboon only needed to spend around 3 hours a day finding food and eating it, that left them the rest of the day free, to make someone else’s life miserable.
Which is pretty much the same we do. And, paradoxically enough, same as in a corporate environment, each baboon, knew exactly who he could be picked on by, who could he pick on, and in turn, who could be picked on by the baboon he can pick on and so on.


The rest is history, as we evolved, almost every known human civilization, once they get to cover their basic needs (food, water, shelter) they have tons of free time to terrorize each other, either by making up gods that will punish them, finding some reason to invade or conquer their neighbors, or just make their own lives miserable with a bunch of utterly bureaucratic procedure of some kind.


Take the egyptians, for example, once they started thriving, they couldn’t just relax by the Nile and do some bird watching, they HAD to create a intricate series of gods, rituals, laws and hierarchies, then enslave hundreds of thousands of people in order to build some massive structures, for some retarded reason. And they HAD to do it, of course, in the most ridiculously difficult way possible, let’s take 20 years to build only one of this structures and let’s use stones weighing up to 2.5 tons, yay!


It’s just not you that worries about what your parents say, everyone worries about things that don’t matter, I also worry about my job, the weather, the future or silly things like catching the 150 Pokemon.


Bruno: You get my point though?


Friend: Not old, but things change, we discover more Pokemon, they evolve, and they get more and more complex every day, unnecessarily complex I would say, did you know that there are 7 Eevee evolutions now?


Bruno: True, I don’t usually talk about it, but I do worry, not as much as everyone else worries about it though. I’m just trying to change my perspective, see, pretty much all my life I’ve witnessed how everyone’s life revolved around their work.


Friend: Well, you are what you do, right?


Bruno: Exactly! That’s what I got tired of, of having to “be” something, and the million social obligations that something, that title carries with it, so if I’m an office worker I have to dress a certain way, I have to talk, eat and behave in a certain way, hang out with certain people, at certain places, drink coffee and look stressed, because if I’m relaxed I wouldn’t be fitting the stereotype of the office worker, the same will happen if I’m an artist, musician or something like that, I have to dress a certain way, hang out at certain places, with certain people, I’m expected to care more about social issues and my ideas are expected to be more liberal, so I got tired of always having to fit into some job description that will, in turn, define my personality, my ideas, my appearance and that the rest of my life will revolve around that job description.


Friend: So you’re not gonna work anymore so you don’t get labeled.


Bruno: It’s not about working or not working, it’s about not giving it more importance than it should have and not be letting my job control my life. So yes, I’ll work for a couple of weeks or months every year here and there, save some money, then go traveling or do something I enjoy, like learning a new language and spend all the money, when I run out of money, I’ll find a different job in a different country, save some money, spend  it all doing something nice, work again, and so on, but I’m not gonna stress about it like I did before and definitely not going to let it take over my soul.


Friend: I wish I could do that.


Friend: But everyone expects me to work my whole life at the same job, I’m Asian remember?


Bruno: Ok, I’m not, anyway, being Asian is just the most handy excuse you can find now for not doing what you want, Asian countries have some expectations towards their citizens, same as every other country in the world, they are all pretty much the same, and we all think our life is harder than everyone else’s and we all think our country or our family makes our lives oh so very difficult, just so that we don’t have to take responsibility for our lives and we can keep blaming someone else for our misery.


Bruno: It’s crazy, right? 649 and counting and some of them just look ridiculous, like, seriously, what is this? 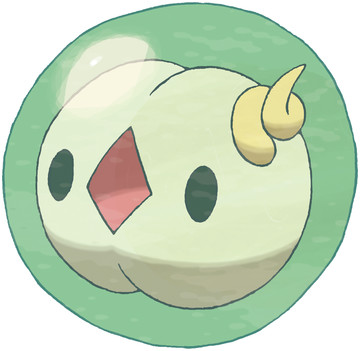 
Bruno: How about this one?


Bruno: How clever! And what’s this supposed to be?


Bruno: This is getting out of hand.


Bruno: Well, whatever then.