I wish I had a camera or one of those new phones that can take pictures so I could put pictures or videos on the posts here.

Last time I had a camera it was in 2005, I remember because it was very big! I think Mike gave it to me as a present and I was so very excited about it!!
For like 3 weeks.

But if I had one of those smartphones I would probably be like this people: 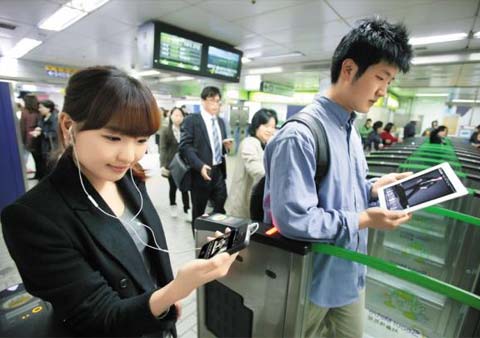 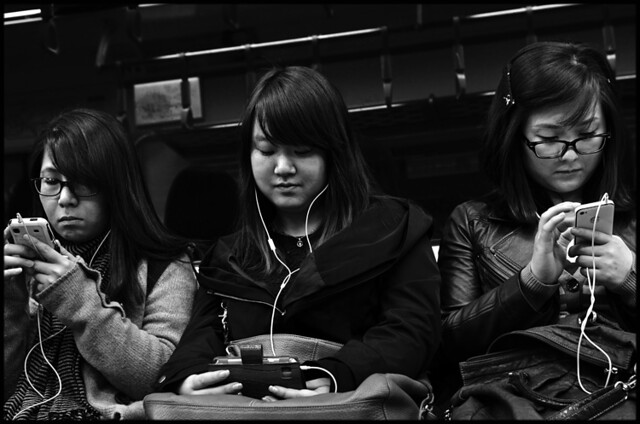 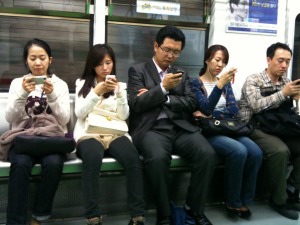 I always seem to be the only one who thinks there’s something wrong with those pictures.

We have lost our humanity!!!

I don’t reject technology at all, it makes our lives easier most of the times, but in Korea and Japan, it’s just too much! We have become slaves of the machines we built. But seriously:

There was a campaign last year in OZ to encourage individuals to be friendly to each other on the trains, it said to start with a simple “how was your day?” and it explained how you could make someone’s day by just showing a bit of interest in their life.

and nononono, I’m not homesick at all, I love Korea, I really do, that’s why I live here, but I do miss a bit the chance of striking conversations on public transport in the UK or Australia without people thinking I’m a creep or I have some ulterior motives.

I think it’s very helpful talking or getting advice from strangers because they don’t know you so well, so they can be more objective than your close friends.

I’ll always remember once I was on a bus on the Scotish countryside, and there was this old man, in his 80’s sitting next to me, so we started chatting, he asked me where are you from, how long have you been here, the usual, and then he asked me: “what do you think of scotish people?” I said “they are so nice to me, I almost can’t believe it” and he asked, “do you know why they’re nice?” I said No.
“Because you’re nice” he replied.

0 thoughts on “Talking to strangers”