Hi, I’m Bruno and I live in the town of Santa Marianita, in Ecuador.

In this post, I will tell you everything I know about the town.

Why should we trust you? 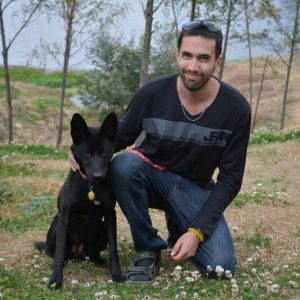 You can trust me because I’m not a realtor, I don’t have a travel agency, hotel or restaurant and I will not try to sell you anything in this post. There are no affiliate links. Also, you can trust me because I am able to hold every belief simultaneously, I can see things from every angle and I can tell things like they are without bias. Yes, some people get offended by my posts and I get some hate mail but that comes when writing an opinion blog instead of an informational one.

But enough about me, lets talk about you:

Who am I and why am I reading this?

If you Google “santa marianita ecuador”, half the related search results are from people looking for real estate:

And there is also a 50% chance you are not interested in buying a house here but were just curious about the city. Either way, I hope you find this post useful.

I am actually not looking to buy, but I’m looking to rent a place in Santa Marianita, tell me everything you know about it. How much is rent in Ecuador? 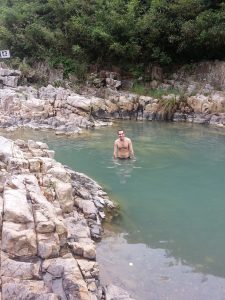 You may have heard the saying: “if all you have is a hammer, everything looks like a nail” I want you to think of that when you consider renting or buying property anywhere in Ecuador. Here there are many wealthy people and there are also many poor people (wealthy by Ecuadorian standards means they make in some way or another (or have that amount at their disposal for spending) more than $400 a month, which is the minimum basic salary here in Ecuador (even though it’s not enforced and there are no fines or penalties for paying your employees less than that so most people make around $300 a month, and because there are many Venezuelans living here they drive the wages down and they work for about $200 a month)). Anyway, if you have more than $400 per month you are not rich or poor, you make the minimum wage, so you can probably get by just fine but won’t have much disposable income.

Exapats here, on average, live on about $1000 to $3000 a month, so If you were to ask them how much is rent in Ecuador they would say is over $600 a month because they make more than $1000 so $600 is average for them because that’s what his foreign friends pay and they don’t know anyone paying $80. They have big hammers so the nails for them look big as well. Now if you go to the beach and you were to ask the fisherman on the beach who makes about $200, he will say rent is about $80 per month because that’s what his fisherman or farmer friends pay and he doesn’t know anyone paying $600. (he has a small hammer, so he sees small nails around him).

And yes, they are both right, but they are also on their own extremes of the spectrum. The reality is that while you could definitely find huts to rent for $80 and high-end apartments with swimming pool for $600, the average Ecuadorian doesn’t live in a hut or a high-rise apartment, they live in normal concrete houses that cost around $150 to $200 per month. And the rent in Santa Marianita is no different than anywhere else in Ecuador. And if you Goole olx ecuador, which is a local classified site you will see hundreds of listings and their prices.

I’m actually looking to buy a house in Santa Marianita, tell me all about it.

Same as above, if you’re buying a house from a foreigner or people who sell to foreigners, they will say it costs more than $100.000 and the fisherman will say it costs less than $10.000 but the average is probably between $30.000 and $40.000 for a normal house like the ones 90% of Ecuadorian people live in. And in Santa Marianita, house prices are a bit lower because it’s a rural underdeveloped area and fishing is actually the only industry this town has, so “fisherman house prices” are actually the standard prices here.

How to find a house to buy or rent in Santa Marianita?

If money is not an issue, do what you just did. Google one of these terms

If money is an issue, you need to walk around, find an area you like and ask the people if they know any place to rent, they always know someone and they will help you. And the other 3 ways are using OLX classified, local Facebook groups or calling the numbers the people write on signs in the houses that are for rent. You don’t speak Spanish? I’ll help you, for free, I will probably die soon so I don’t need the money, also I’ve been helped by literally thousands of people while Couchsurfing, hitchhiking and traveling overland by bike and on foot, so I’m always happy to pay it forward (and I’ll probably never finish paying it forward). My WhatsApp is: +573053376401

Something very important you should know

It’s a buyers market, people usually have to wait about 10 years to sell their property and the happiest day in their life is when they sell it because there are many more properties available than interested buyers. Of course, they will try to tell you otherwise when they want to sell you a house. A house they will say they have many people interested, etc, but the truth is that the house you just saw will still be there for sale in a few years so you can take as long as you need to decide.

In that case there are 3 places in Santa Marianita I know of (there may be more) that offer free food and lodging in exchange for your help for 4 hours a day running errands and doing chores. They are Donkey Den, Hotel Rishuo and Soga Lounge. And another option is to sleep on the beach where it’s safe, the weather is always nice and there are heaps of sand dunes that could serve you as mat and pillows.

How safe is Santa Marianita?

As safe as it gets, according to my neighbors they haven’t had any crime in the last 10 years. There are no gangs, drugs or violence of any kind. There isn’t even a police station you could report something it were to happen.

How are the people in Santa Marianita? More friendly and relaxed than in other towns. Because there is no crime here, they don’t have their guard up and they don’t worry about anything, which is a good thing if you like keeping to yourself and enjoying life and a bad thing if you need to get something done. People have their animals and go fishing and catching octopus. They survive without tourism and without foreigners so they don’t try to hustle or sell stuff to foreigners, they are self sufficient like that.

What animals can I see?

How to get there from Cuenca, Quito, Guayaquil, etc.?

You need to take a bus to Manta which costs about $10 and then a taxi from the Manta bus station to the central market (mercado central) ($3) and from there a small van to Santa Marianita which costs $1.

How about medical care in Santa Marianita?

Is there a vet?

How about the food?

There are about 20 restaurants. 15 of them serve the same food, which is the breakfast and lunch set, consisting of a soup, main dish and juice for $3 and some a la carte dishes, mostly seafood, costing around $10 and then there are 5 other restaurants which serve some foreign food such as pizza or kebab and they open on the weekens or holidays.

Is there a supermarket?

No, but there are 8 small grocery shops and a pharmacy.

How is the transportation? 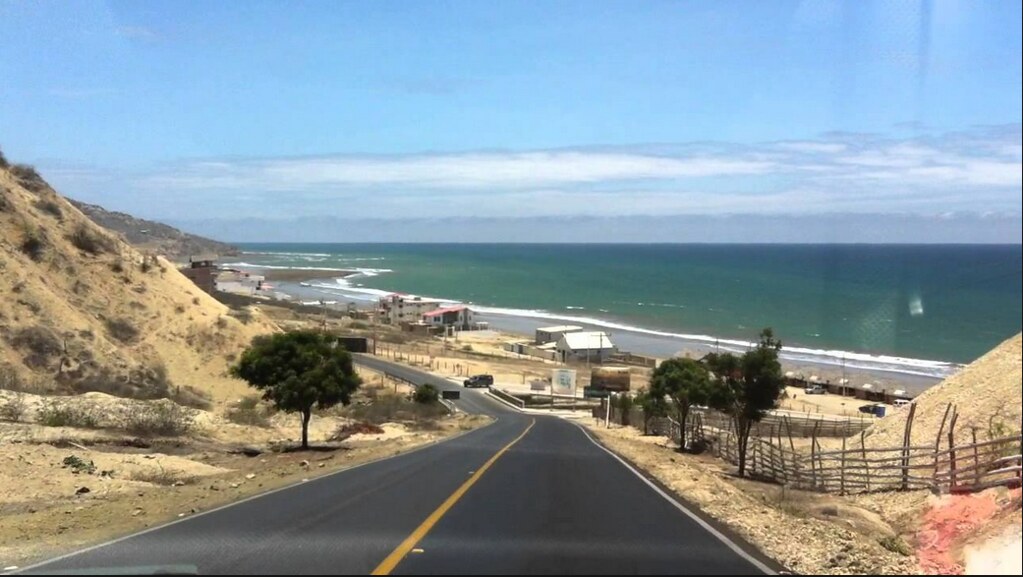 There are small vans called camiones or carros and they go to Manta every 20 to 30 minutes, but they are always full so you may be waiting on the road for one or two hours until some of them has space to take you. They cost $1 and leave you at the central market in Manta.

It’s always warm and there are a few weeks of rain every year usually between December and March. It’s never cold.

How to do with the money?

There is no ATM so you have to bring money from Manta or another city.

Is there a good expat community?

Yes, they are tight and helpful, they help each other however they can and they welcome anyone from the US or Canada.

How are the roads?

They are good. No potholes.

What can I do in Santa Marianita? 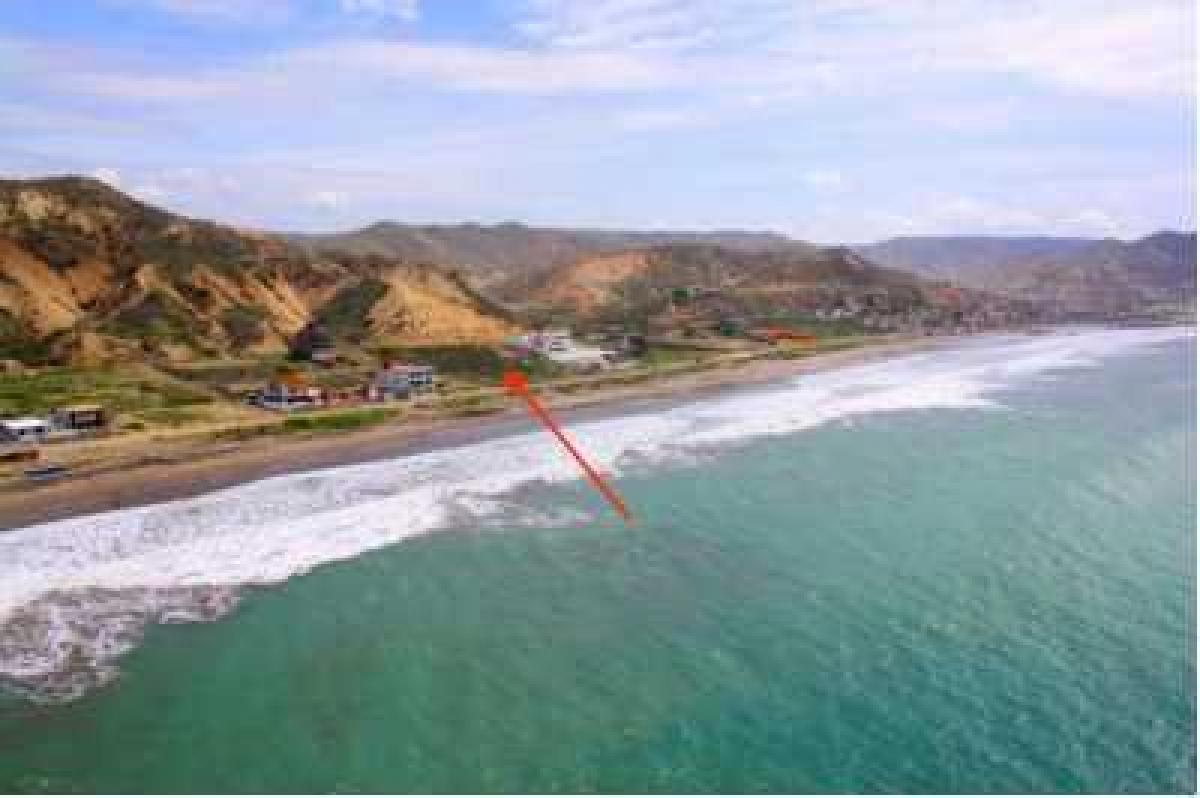 You can go to the beach to surf, or kitesurf, or search for the octopuses that are hiding under the rocks and build a sand castle. The city is also sorrouded by hills you can hike and lots of dry rivers on which you could make your way aroudn endless valleys.

How much are the hotels?

There is a hostel called soga that costs $7 per night with breakfast and there are a few otehr hotels that cost around $20 on normal days and a bti more on the holidays. On the higher end, there are airbnb for $50 to $100 per night.

What is the best thing about Santa Marianita?

The natural pools that form along the beach where you can bathe for hours with the sea creatures crawling and swimming around you.

Tourists, when they come they leave rubbish on the beach and make lots of noise.

Yes for the most part, as long as you keep them out of the main (and only) road, and there are a few dog owners that take their aggressive dogs without a leash and they may attack yours.

Are there any dangers?

Yes, 2, the tides can get quite strong so be careful swimming or you will die and the cars sometimes drive too fast on the road so they may kill you but there’s only one road so it’s quite easy to avoid. But there is no petty crime, nor any other kind of crime and people who say there is crime everywhere in the world have never been to Santa Marianita.